Starting a Business in Qatar

To conduct business in Qatar on a regular basis, foreign investors are required to establish or register a legal presence from the following options:

• Incorporating as a company under the Commercial Companies Law which allows full access to Qatar’s market and to work on an unlimited number of projects. A Qatari partner is required to own 51% of the capital of the company, except in the circumstances mentioned above. Various exemptions are available to attract foreign capital.

• Obtaining a licence for a branch office or trade representation office which does not require a Qatari partner. The licence for a branch is granted in respect of a specific project for a government client. The existence of the branch office is dependent on the duration of a particular project: once the project is completed, the branch office must close unless it has secured additional qualifying projects. Branch offices are only permitted to perform a specific contract and may not engage in general commercial activities with the larger local market. The branch will be fully taxable unless granted a special exemption. Trade representation offices are only permitted to market goods and services; they are not permitted to engage in commercial activities.

• Under Law No 7 of 2017 companies in GCC states can now establish companies in Qatar, subject to having had a commercial registration in one of the GCC states for at least three years, and be fully owned and managed by a GCC citizen. Refer to our preceding caveat regarding the blockade.

• Appointing a commercial agent means a non-Qatari company does not establish a presence in Qatar; instead a 100% owned Qatari entity or Qatari national is appointed as an agent to market the relevant goods and services. Commercial agencies must be exclusive and registered in order to be afforded the protections provided under the Commercial Agents Law No 8 of 2002; non-registered distributorships are subject to the Commercial Law No 27 of 2006.

• There is a separate regime for establishing an entity in the Qatar Financial Centre (QFC).

This allows 100% foreign ownership and aims to attract international financial services companies and some professional support companies to invest in Qatar. The number of permitted activities in which a QFC firm may engage was recently increased to include a broader spectrum of investment options.

• The Qatar Science and Technology Park, a free zone in Education City, allows companies to engage in research and development, again with full foreign ownership.

• At least one new free zone has started accepting applications and international investors.

° Um Alhoul, a 33.52 sq km site adjoining Hamad Port, south of Al Wakra – offers easy access to the water for maritime and logistics companies, and is a gateway for imports and exports. A port and marine cluster, ‘Marsa’, is able to support a wide range of marine businesses.

• The Cabinet has added some areas to the Free Zones Law, including Msheireb Downtown Doha.

• Under Ministerial Decision No 242 of 2016, the MOCI will grant licences for small businesses at home conducting certain commercial activities including sewing, events services, electronic services, business services, cosmetic activities and food activities. A single license is issued per activity, with an annual fee, and cannot involve direct sales to the public from the residence. Decision No 163 of 2018 cancelled the requirement for signage at the house entrance. 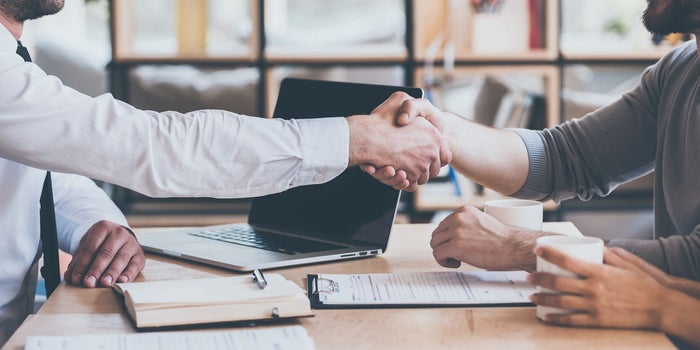 According to the Commercial Companies Law No 11 of 2015, the following structures are permitted:

• Article 207 company – a shareholding company where the Qatari government, a government owned entity or a public corporation must own 51% of the shares, unless the Council of Ministers consents otherwise. Certain provisions of the Commercial Companies Law are excluded from the company’s Articles of Association.

• General partnership – joint partners administer the affairs of the company, and trustee partners contribute to the company’s capital.

• Limited partnership with shares – formed by joint partners, liable for the debts, or trustee partners, whose liability is limited to the share value.

• Joint stock company (public or private) – the capital is divided into shares with a minimum of five shareholders. Permissible foreign share ownership depends on the type of company and is subject to Qatar Financial Markets Authority approval.

• Holding company – incorporated as a joint stock or limited liability company. The holding company must hold at least 51% of the shares in each of the companies under its control.

Virtually all companies use a government liaison officer or facilitator to assist with establishment formalities. Under Qatar Commercial Registration Law No 25 of 2005, companies must be approved or registered by one or more of the following entities: Ministry of Commerce and Industry (MOCI); Qatar Chamber; Ministry of Municipality and Environment; Ministry of Interior; Importers’ Register/Contractors’ Register; and QFC Authority (where appropriate).

The following amendments were made under Law No 20 of 2014 in order to expedite registration procedures:

• The MOCI must respond to the applicant’s request for registration on the same day.

• Reasons must be given for rejected applications. The Minister must accept or reject an appeal of the Ministry’s decision within 15 days.

• A CR is now valid for one year, renewable 30 days before expiration.

• Incorporated branches must be in the exact name of the principal company, and are not considered separate legal entities.

• Amendments have also been made to penalties for those operating commercial premises without a CR, misusing the CR, and providing false/wrong documents.